It has been quite the week. The snow storm on Tuesday night woke me up several times when tree branches crashed down on the roof above my room. The backyard (slash the whole city) was a mess on Wednesday. We had a giant branch leaning against our kitchen window and many others strewn throughout the yard. Now, a few days later, the neighborhood streets are filled with huge piles of tree limbs that people have gathered. I spent Wednesday morning wearing cozy clothes and drinking Nutella/cinnamon hot chocolate (so good) from a Christmas mug...I'm ready. I also went to the nursing home on Wednesday afternoon, and we spent a good chunk of that time talking about Thanksgiving and Christmas, because Lucy loves them too. After all that talk, I seriously can not wait! 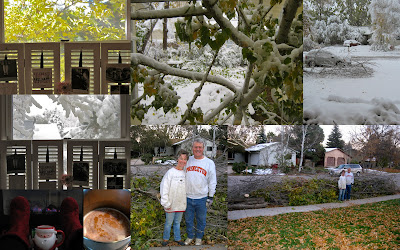 After class on Wednesday, I went to join Zach, Mike, and Amanda for sledding. Except they had decided to build a snowman instead. I wasn't very equipped for the snow, because I hadn't gone home first. So Amanda and I mostly sat in the snow and watched while the boys built it. But we did help lift the middle ball up, gathered a handful of grass and made his awesome pea coat (not udders). 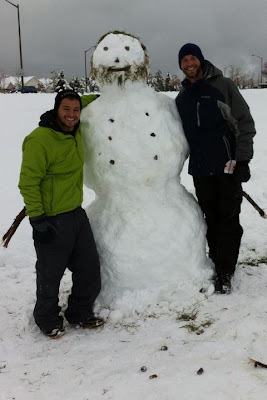 In cooking club this week, we made Caribbean Jerk Tempeh with some kind of black rice and peanut sauce on the side. Then we made Baklava for dessert, which was ridiculously sweet and delicious. We went back to Matthew and Alex's and watched the new series, Once Upon a Time. It mixes Disney stories with real...human world, I guess. It's super good and Alex is obsessed. 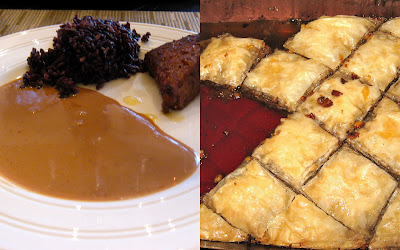 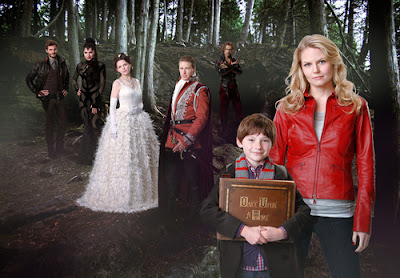 On Saturday, we headed down to Berthoud to celebrate Halloween at Brian and Alicia's annual party. Activities included donut-on-a-string eating contest (proud winner), mummy wrapping, balloon popping, and lots of eating. Everyone's costumes were awesome...we've started to take Halloween pretty seriously in this family. I've been planning to dress up as Ke$ha for about 9 months, so I was pretty excited. 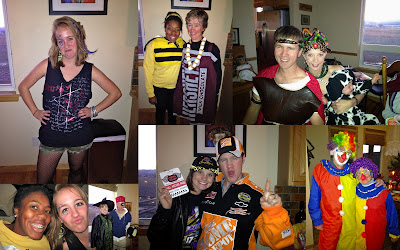 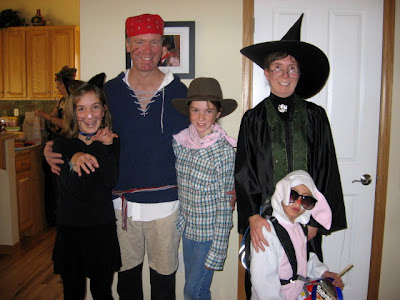 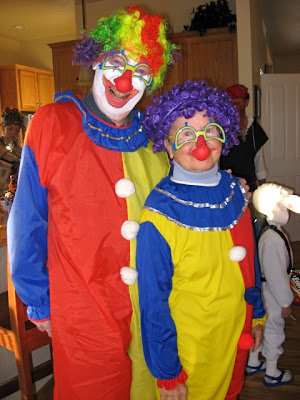 Mom found these costumes for Abby and Abba 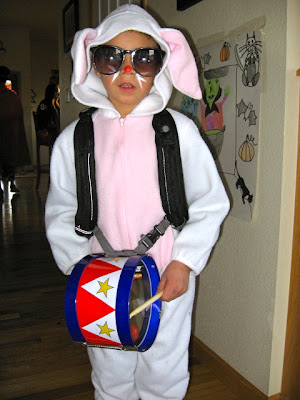 John was the energizer bunny...doesn't get more perfect. 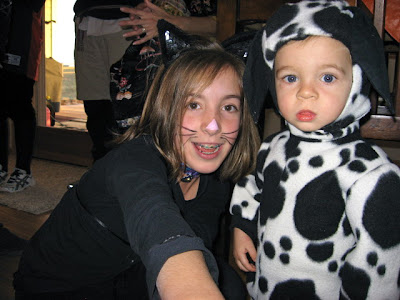 Jackson is precious even when he's grumpy. 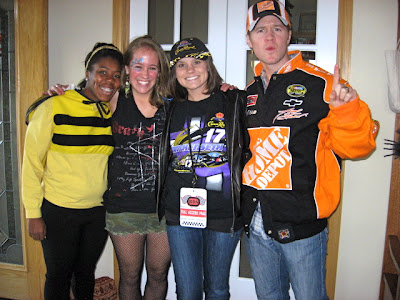 I've also spent the last week wanting to make Monkey Bread, so I finally did this morning. It was a success! You can't really go wrong with cinnamon, brown sugar, and carbs. My mom made omelets to complete the meal and it was a perfect Sunday brunch. 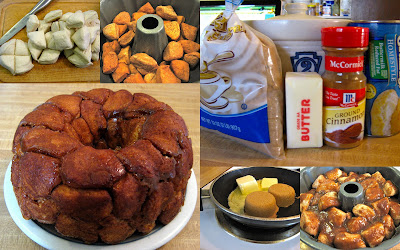 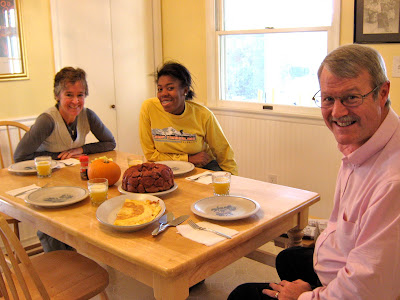 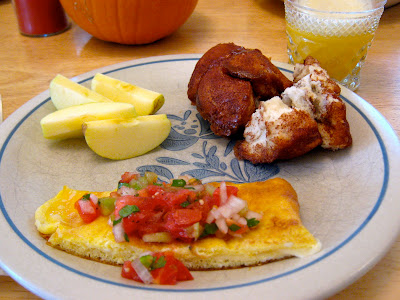 It's about 4:30 on Sunday afternoon and I still have not done any homework at all. I'm sad to go back to the reality of Monday. But only 3 weeks until Thanksgiving! I am counting down the days until I get to forget about school, see my best friend, eat too much, and hang out with my fam, including Cathy!