Our Thanksgiving festivities started yesterday at 4:00 am...far too early. It feels like it was a week ago. We woke up early and headed down to Denver because we were scheduled to volunteer at the Denver Rescue Mission starting at 5:45. Instead of sleeping a little extra in the car, I decided to bump some Christmas music...my dad and Olivia were annoyed, to say the least. While the others worked in the kitchen, I got to serve the meal. It was super cool to serve in this tiny way on a day when we often get caught up in our own celebration. Afterwards, we had a gourmet meal at IHOP...one of the few quality establishments open on Thanksgiving.

Last night, we began the usual McDermott traditions, starting with family photos. This is always an adventure and always makes me increasingly aware of our guests. Jake, Drew, Marshall, and Vicky were probably scarred by our loud and out of control family, but Jake was brave (or foolish) enough to be the photographer. Since we still use a film camera for these pictures (no one knows why), we have to take dozens, to ensure no one is blinking or looking fat. After much laughter and many impatient comments, we finally finished and headed to Dave and Dana's for dinner.

Thanksgiving dinner is the best. Turkey, stuffing, mashed potatoes, sweet potatoes, croissants, brussel sprouts, green bean salad, cranberry sauce...I'm sure I'm forgetting something. We eat too much and drink too much, and then eat some more when the pies come out. In the last few years, we've added a game of Catch Phrase to our traditional activities, which is always hilarious.

We spent today watching football and not really doing much else. Though we did eat leftover deliciousness (according to spell-check, that is a word) and played Spoons. Tonight, we ate dinner and played games with the Hardings. It was much less awkward than last year, when we were all meeting for the first time (knowing that Matthew had just discussed marriage with the parents).

The thought of break ending in a couple days and having to actually do something productive is awful. However, Christmas break really is SO soon, and that thought alone will get me through the next three weeks. 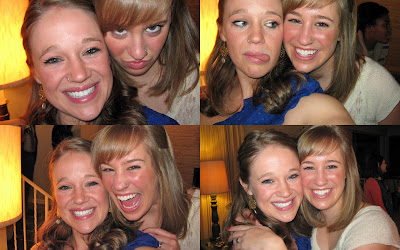 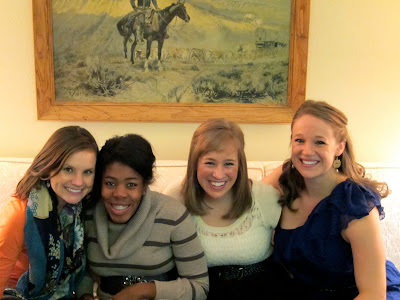 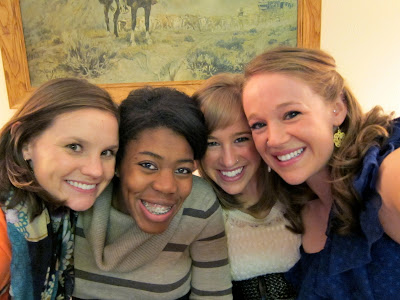